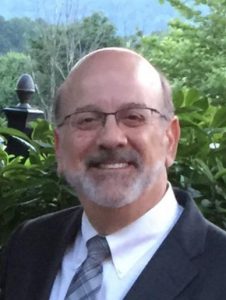 Rabbi Arthur S. Rutberg DD serves our congregation and the greater Jewish community with over thirty-eight years of experience in the rabbinate and with the American Jewish community.  Rabbi Rutberg grew up in New York City graduating from New York University with his Bachelor’s degree in Judaic Studies and Psychology.  He earned a Masters degree in Hebrew Literature and received ordination as a rabbi from the Hebrew Union College-Jewish Institute of Religion in New York in 1983.  Rabbi Rutberg has served Reform and Conservative congregations in Ohio, Texas, Georgia, Tennessee and Florida in addition to serving his country as a U.S. Army Chaplain on active duty and in the Reserves.  He received two Army Commendation medals and was honorably discharged in 2001.  The Chapel of the Four Chaplains presented him with the Legion of Honor award in 2007 and in 2008, on the 25th anniversary of his ordination; Rabbi Rutberg received the honorary degree of Doctor of Divinity from the Hebrew Union College-Jewish Institute of Religion.

Throughout his rabbinate, Rabbi Rutberg has worked diligently to increase interfaith cooperation, to increase the Jewish community’s participation in social action and Tsedakah in its many forms, and to increase the congregation’s level of knowledge and commitment to Judaism and the Jewish people in every community he has served. He brings the same dedication and commitment to our community and congregation and hopes for a long, fruitful and mutually beneficial partnership with us.

Rabbi Rutberg proudly shares his life with Sara, an exceptional artist and his wife of more than thirty-seven years.  Together they have two stunning daughters Pamela and Raquel, two handsome sons-in-law Kirk and Todd, and two gorgeous granddaughters Talia and Isabella.